Is Your Squat Too Low?

The squat is one of the main lifts in powerlifting and the most important movement in sports conditioning. It’s taught and performed in an assortment of ways. The fundamentals are universal, but details such as stance width, toe direction, and squat depth tend to differ. One aspect that is consistently debated is whether below parallel is a must or bad for the body.

Truthfully, there isn’t any definite answer to that debate. Every person is different and can reach a different squat depth pain free. There isn’t any reason to force a person lower than his body can physically allow. Some individuals lose form before they even reach parallel, and being that competition squat depth is universal, this is a problem.

One of the major problems with squat depth is the “tuck under.” This may not prevent proper depth but will result in pain and injuries that could put an athlete out of competition. Many point straight to the hamstrings as the culprit, yet there’s much more that plays into the issue. To solve the problem, we must take a closer look.

What exactly is the “tuck under?” While squatting, the coccyx and pelvis are pulled under the body when the lifter reaches a lower depth, thus the tuck under. It may happen at different points for different lifters, but the result is the same. The load on the lumbar spine is magnified and, under a substantial load, could result in disc herniations or worse. During a squat of 0.8–1.6 times body weight, the compressive forces on the lumbar spine are as great as ten times body weight (Cappozzo, et al). Imagine the compressive loads as lifters get up to double and triple body weight. Then add instability at the lumbar spine by pulling the coccyx under the body and adding a curve to the lumbar spine. The result is astronomical. For most general lifters, depth of the squat can be adjusted and worked to lower points over time. For the competitive powerlifter, proper squat depth must be attained because squat depth is universal for a lift to count during a meet. Because of this need for squat depth to compete, time is of the essence, and the problem must be fixed as quickly as possible. But if it isn’t the hamstrings, what is the cause?

After noticing this movement compensation in a lifter, there must be an assessment to determine exactly where the problem is or at least where to start diagnosing the issue. To determine the problem, let’s look at the muscle groups that are acting during this lift and where they attach. Starting with the hamstrings, all three help extend the hip and flex the knee. During the decent of a squat, the hip is flexing and therefore putting a stretch on this group of muscles. If there is shortness in any of these, there will have to be some type of compensation to flex the hip to the specific angle needed to reach proper depth. Because this group originates at the ischial tuberosity (the bottom portion of the pelvic bone), the pull will happen on this bone. This would cause a pull underneath.

If there isn’t an issue at the hamstrings, another culprit could be the adductor complex, specifically the adductor magnus. Each muscle of the adductor complex attaches at the femur. However, the magnus originates at the ischial tuberosity just as the hamstrings do. So during a squat, especially a powerlifting squat, there is a large degree of flexion as well as abduction of the hip. Being that the adductor magnus does the opposite of this (adducts and extends the hip), shortness would cause a pull. Once again, this pull would bring the bottom of the pelvic bone anterior, tucking the hips under and adding stress to the lumbar spine (Floyd, 2007). In many of the cases I’ve seen, the adductor is more a cause of the problem than the hamstrings. This is because most people don’t spend time in an abducted hip position, causing a chronic shortening of the adductors. So don’t always assume the “tuck under” is a problem with the hamstrings. Assess and discover.

What if there isn’t any shortness?

What happens if the assessment proves that both hamstring length and adductor length are sufficient? There is a third aspect to include. This doesn’t have anything to do with muscle length but everything to do with strength and activation. The pelvic bone has both a top and a bottom and is being pulled in all kinds of directions by all different muscles. Some muscles pull the top anteriorly while some pull it posteriorly. The same thing goes for the bottom of the pelvic bone. If specific muscles can’t contract at all or can’t contract forcefully enough to create the amount of pull needed to keep the pelvis level, the opposite side will win the battle like in a game of tug-of-war. The hamstrings and adductors may be the proper length and functioning just how they should be, putting the right amount of pull on the hips. The muscles at the top of the pelvic bone, however, may not be doing their job, resulting in a movement flaw in the squat.

This is where core stability and strength come into play, especially the anterior core. The rectus abdominus is the main core muscle that most people train. Crunches of all variations as well as planks focus on this muscle. Stability in this muscle is extremely important and will assist in spinal stabilization during a squat, but there has to be a deeper look to fix the issue at hand. 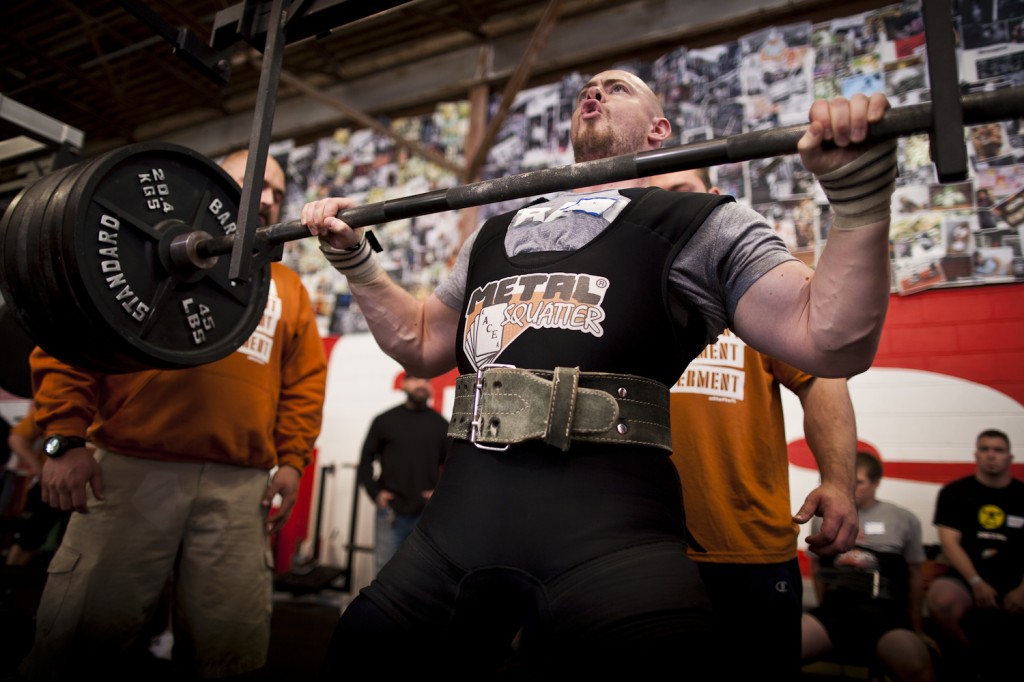 The quadratus lumborum is a deep core muscle that attaches at the top of the pelvic bone and originates on the lumbar spine. It helps stabilize the pelvis and spine and aids extension of the lumbar spine (Floyd, 2007). If this muscle is inactive or weak, there is a lack of stabilization at the pelvis, which could lead to movement of that bone (i.e. the “tuck under”). Learning how to stabilize with the deep core muscles through isometric core work can help activate and strengthen these specific muscles and get them to help the hips stay in place.

Some squatters have a depth issue simply because they’re weak where others have muscular problems within that haven’t been addressed. Don’t assume you know the cause of a problem without assessing the situation. There may be deeper issues that need to be addressed. There is never a specific answer with the body because everything in it affects everything else.

Start with the hamstrings and move down the list. Assess the length of the adductors in all positions such as with the hips flexed and the hips extended and perform an active assessment as well. Test core stability both during a squat and in an isolated position such as a plank. There may be one answer or it may be all three, but once you find it, start addressing the issue. It doesn’t mean there won’t be any squatting, but it does mean that the depth of the squat should be adjusted while the other areas are addressed.

Avoiding the “tuck under” during heavily loaded squats will save you years of pain and injury and will lead to more consistent training and better, stronger results.