When we talk squatting, the first muscles that come to mind are almost always quads. The more advanced and educated will have a long list of additions: hamstrings, glutes, spinal erectors, and (last but not least) core. How do most training programs that are designed to increase your squat look? Sure, you will squat and then add in hamstring work, low back, and accessory quadricep movements. Finally, you will throw in some core training. Core training is usually placed last with little to no importance and is all too often thought of in specific exercises, not positional movements. Limiting energy leaks by having a strong foundation will have a profound effect on increasing your max lifts. This is because, core strength has a significant effect on an athlete having the ability to transfer and distribute force from the lower extremities (2).

What is a squat? It is the distribution of lower body force to a load supported by the upper body.

The question I always propose goes, “is it easier to push a plate across the ground with a metal rod or a wet noodle?”

Obviously we all know the answer, but this logic gets passed up in training.

Now, I’m not saying you are not training your core when you squat; you without a doubt are stabilizing and supporting the load — but could it be your weak link? Could it be holding you back more than all the squats and hamstring work in the world could do for you? More importantly, what if the way you breathe was the whole problem in the first place? Learn to breathe and you’ll learn to squat more weight. It’s not your training in the gym that’s holding you back; it’s what you are doing right now that’s killing your lifts: breathing.

I’m Breathing Wrong? Seems to Me Like I’m Still Alive


Core stability and strength are directly related to force production (2). There is evidence that diaphragmatic control is vital for core stabilization and control (3). Any exercise that optimizes diaphragmatic control is going to have a profound effect on core strength and ultimately stronger lifts (3). Diaphragmatic breathing or proper breathing mechanics transfers directly to better lifts. When the concept was first pitched to me, I was highly skeptical, too. I had a hard time grasping that I was breathing wrong, and that it could have any effect on my lifting ability. After a little homework and a couple of Postural Restoration Institute (PRI) courses, I was wrong. Our breathing patterns are affecting a long list of aches and pains and are limiting our ability to produce force. Learning and working on correcting your breathing patterns, not only helps alleviate these aches and pains it carries over to more stable lifts. Being able to properly align your spine into a true neutral spinal position was the link I was missing. My thinking was that I was lifting with a neutral spine; however, the issue was that my neutral was not true neutral. I was lifting with the best position I had at the time. My core strength had adapted to a lousy breathing pattern and was strong in a suboptimal spinal position. 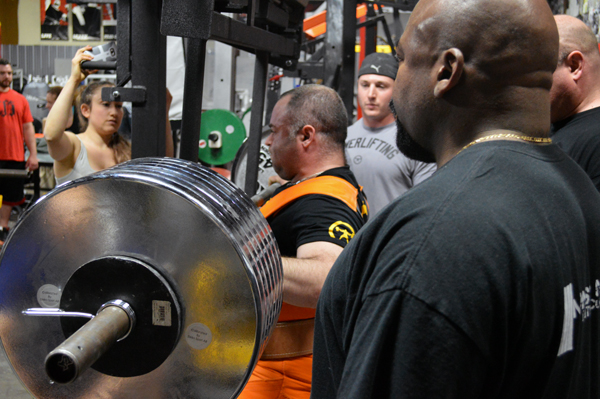 Maintaining a ridged core can make the difference in all lifts. If you have an energy leak out of your midsection it needs to be filled. All the rollouts, leg raises, planks, and carries can’t correct faulty breathing mechanics. Even if your midsection is strong enough to take a punch from Bruce Lee, if it isn’t in the right position, you are setup for weakness. Kevin Lewitt states that if breathing mechanics are incorrect, no other movement pattern can be (1). If nothing is in the right spot, you can be strong in your movement patterns but, with proper breathing mechanics, you can be stronger. Hopefully I have you curiously asking a couple questions: do I have a breathing dysfunction? If so, how do I go about fixing it?

Signs You Are a Dysfunctional Breather

This list is considering both standing and seated positions. Some signs may only be identified in either position.

This is far from a thorough assessment but without the help of a trained professional present or equipment, this is the best way to identify any breathing abnormalities. The two main ones that I see on a daily basis with clientele are lifting of the chest first and limited lateral rib cage expansion. Try to identify those first. Simply, take a breath while looking in the mirror. It isn’t hard to notice if you chest moves before your belly expands. 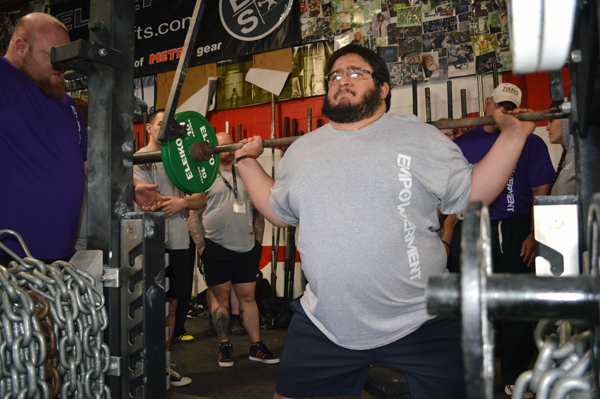 It is easy to realize the importance of core stabilization. If you have a strong midsection, it is going to support weight and will easily drive or pull it up without bending. On the other hand, the concept that you’re breathing pattern is throwing a wrench in your wheel of progress is not so easy to grasp. It all links back to diaphragmatic control. The diaphragm is the primary muscle for respiration and is used to stabilize your posture and position. Most of us have breathing dysfunctions caused by main issues ranging from allergies, lifestyle, emotional, physiological, and purely anatomical factors (3). Working on correcting the problems will increase the ability to the diaphragm to maintain a stronger position and to perform as a stabilizer for the core.

The improvements in lifting from breathing pattern retraining are not fast. They will take time to transition into real improvements in the weight room. Never the less, the relief from some minor aches and pains will seem almost instantaneous. Take ten minutes in the morning and ten minutes at night to practice the 90-90 hip lift, and you can thank me later for all the PRs.